ABOUT THE COLORADO JUNIOR EAGLES

The 2013-2014 was the inaugural season for the Junior Eagles and it was considered a huge success on and off the ice. The Eagles finished third in the Mountain conference of the Western States Hockey League (WSHL) with a 27-17-2 record that was good for 56 points. The Junior Eagles faced Cheyenne in the first round of the best of three series and won 2 games 1. The second round had the Eagles up against the Phoenix Knights who were the regular season division champions. The Junior Eagles competed hard but ultimately lost the series 2 games to 1. The Junior Eagles came within one win of competing for the league title which is played in a tournament style setting with the remaining 6 teams.

Junior Hockey is very new to Northern Colorado and there are still many questions about exactly what it is and why we have it. The biggest thing a player and a parent should know is that playing at this level of hockey gives you exposure. The majority of athletes that play any sport want to compete at the highest level possible. This past season we had a team that consisted of kids aged 16-20. Our captain, Kyle Arenson received a scholarship to play NCAA Hockey and be a student at New England College which is a Division III program in New Hampshire. We are very proud of Kyle, and also very excited for the future of our program and the possibilities that our young athletes with have. 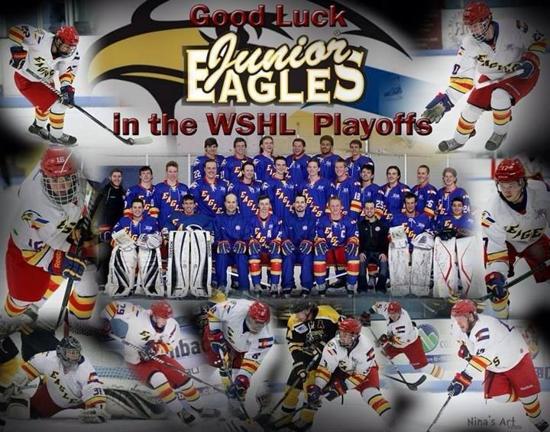 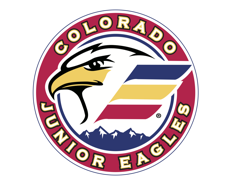