We host Goalie Clinics for all CCYHL & CRHL goalies each Sunday throughout the regular hockey season (Oct-Feb). This clinic is FREE for all registered NCYH CCYHL/CRHL goalies as it is included in tuition fees. Bookmark this page for a link to sign up for each day.

Goalie Clinics will be led by Matt Zaba from Mountain High Hockey.

About Matt Zaba
Matt Zaba began his goaltending career in Yorkton, Saskatchewan. He is a former Saskatchewan Midget AAA League MVP before moving on to play junior hockey for the Vernon Vipers of the BCHL. In his second year of junior hockey, the Vipers won the BCHL championship, with Zaba being named league MVP, earning a scholarship to Colorado College and being drafted by the Los Angeles  Kings. After a successful college career including being named to the WCHA all-rookie team and a trip to the 2005 Frozen Four, Matt signed an entry level contract with the New York Rangers. After spending three years in the Rangers organization, including making his NHL debut during the 2009-2010 season, Matt began his European career with HC Bolzano, winning the Italian Championship before signing with he Vienna Capitals of the Erste Bank Eishockey Liga (EBEL). Matt helped guide the Capitals to one of the most successful runs in club history reaching the league finals in two of his his three years. Matt has experience working with current NHL goalie coaches Benoit Allaire of the New York Rangers, and Bill Ranford of the Los Angeles Kings, as well as Swedish National Team goalie coach Stefan Ladhe. Matt is a level 4 certified coach through USA Hockey. 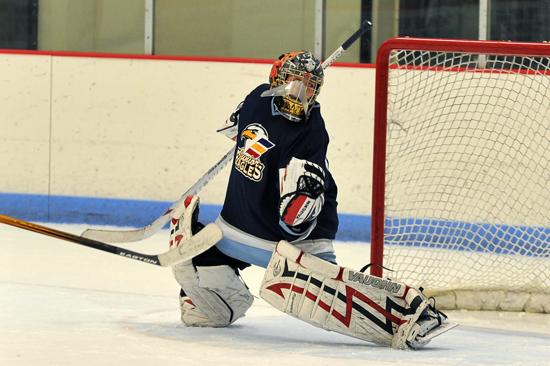 Clinic Dates for the 2022-2023 Hockey Season will posted below once they are scheduled. Please note no Clinics on Thanksgiving weekend, two weekends during Winter Break, and MLK weekend

Goalie clinics sign up will open each Monday for the coming weekend clinic.

Schedule subject to change based on ice schedule